Valerie Knight is a genetically modified human from the planet Terra, born into the distinguished Knight family, otherwise known to be the chief shareholder and founding family of crazEcorp. Her parents are Ryan Knight (Brother of James Knight, father of Alexander “crazE” Knight) and Sarah Knight. Valerie’s introduction to both the Prime Timeline and Alter Timeline are due to the ever-present threat placed over the Knight family by James Malden, where she had sought protection and security with her cousins.

In both the Prime and Alter Timelines, Valerie is forced to find a way to reach Alexander Knight in an attempt to recollect and survive. With data suggesting Alexander being nowhere near Terra, she seeks to find a means to reunite with her cousin and escape the oncoming threat of the Black Assassin. Aided by Darius, she manages manages to board a space-faring craft recently invented by the crazEcorp facilities that would take her near-lightspeed toward Alexander’s location.

In the Prime Timeline, she arrives to the distant planet of Phantasia, and thus becomes involved in the Oblivion Phantasy canon. She is introduced early in Strain of Tomorrow, where she manages to rejoin with her cousin Alexander and features as one of the main characters of the storyline, and by extension, also becomes involved in the events of Forsaken Malign.

In the Alter Timeline, she is instead directed to the planet Euthora. She is introduced in Season One of the Cult of Ustream canon, joining the eponymous group not only for protection, but to support Alexander and to attempt to re-establish a life that she had lost due to James Malden’s massacre of the Knight family. She befriends many of the Cultists, namely Shadow Version 27. 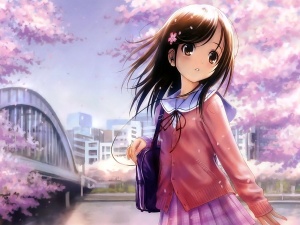 Valerie Knight has silky brunette-hazel hair and deep amber-brown eyes with a white-tan complexion. During the Cult of Ustream canon, she stands at a height of 1.47 m and weighs about 86 lbs (38kg). She almost always has her hair no lower than her shoulders and keeps her hair loose (does not usually tie up).

Valerie Knight has a naturally cheery disposition. She’s always been the beaming smile in the Knight family and has always found value in family closeness. Being taught from a young age to share the feeling she gets when she’s with family with all, she grew to be a selfless spirit in bringing compassion and sympathy to others and making others feel like family.

Through the Alter timeline, serious trauma had shaped Valerie to be more mature for her years. Much of her sunny disposition still remains intact, but fades when real issues arise. Although, by the time in the Cult of Ustream canon she had survived the Black Assassin assault and Deimos’ Abyss, she has become less fearful and more proactive in handling the life-threatening stress. Due to the experiences on Terra and on Euthora, Valerie suffers frequently from night terrors.

In the Fate/Lunaterra timeline, Valerie has grown to have considerable determination and leadership qualities. She tackles problems head-on and manages to improvise solutions on the spot (much like a Knight would). Using critical thinking and quick thinking skills, she can handle severely stressful situations without breaking mentally or emotionally. Her positive aura can be somewhat contagious.

Valerie has no current knowledge of Magic as for the Alter Timeline.

In the Fate/Lunaterra timeline, the Knight family has been involved in the society of mages throughout Terra. The Knight family had been known for their excellent glyph-writing magic, capable of inscribing powerful runes that could perform complex and powerful tasks. Valerie, too, has taken up the art and has an arsenal of glyphs and marks to craft runes of all sorts.

Valerie has grown up close to the more business-side of the Knight family, and as such has been first-hand witness to many of the designs and inventions the Knight family has created as part of Terra’s leading research and invention corporation. She has also acquired hands-on experience with such projects and thus knows how to handle crazEcorp technology to some degree.

Valerie doesn’t have many possessions in the Alter timeline. Other than a white lotus hairpin she had received from Starr and the void from her late cousin Alexander, she only has basic possessions such as extra sets of clothing.

As of Alter Timeline’s current progression, Valerie has more or less a very basic defensive combat style. She doesn’t seek to make the first strike, but intends to retaliate fully to any that try to attack her or her friends.

In the Fate/Lunaterra timeline, Valerie has gained a very strategic fighting style in using traps and tricks to throw off opponents. Being capable of putting these traps into any material or structure she desires, she can turn any location or building into her domain.

Valerie was born into the well-esteemed Knight family. She grew up on a private island with her parents as an only child. Her parents both worked in crazEcorp as researchers and inventors where they had met in the first place, and oftentimes would forego current project by request of James Knight to assist with personal family projects for the corporation. Valerie in this case would often show up at their research facility to watch their experiments and their inventions in testing. Soaking in the wonders of science and exploration, her mind strengthened and was nurtured.

When she was only 6, her uncle James Knight and his wife met a tragic end in an ambiguous workplace accident. A few years later, Brian Knight also passed away via mysterious circumstances. Then, out of the blue, Alexander Knight came to evacuate her and her parents from an immediate threat to the Knight family. Her parents insisted Valerie go with Alexander while they sought to find a solution to the issue. Unfortunately, Valerie’s parents met a violent end to a discovered assassin.

Fleeing with Alexander and Caedes across Terra, she managed to remain safe, although her family still remained in danger. Under the protection of those Brian had the foresight to entrust assistance for, Valerie managed to stay away from the assassin and try to recover a life now shattered.

In the Alter Timeline, the assassin manages to track her location and the pursuit continues. This time, however, Valerie seeks to get in contact with Alexander again and plead for help. Unable to get direct contact, she tracks his location via a hidden base’s supercomputer that placed him lightyears away. Endeavoring to flee the assassin, Valerie confirmed the coordinates and set off via a newly-invented space-faring craft, a place she hoped the assassin could not chase.